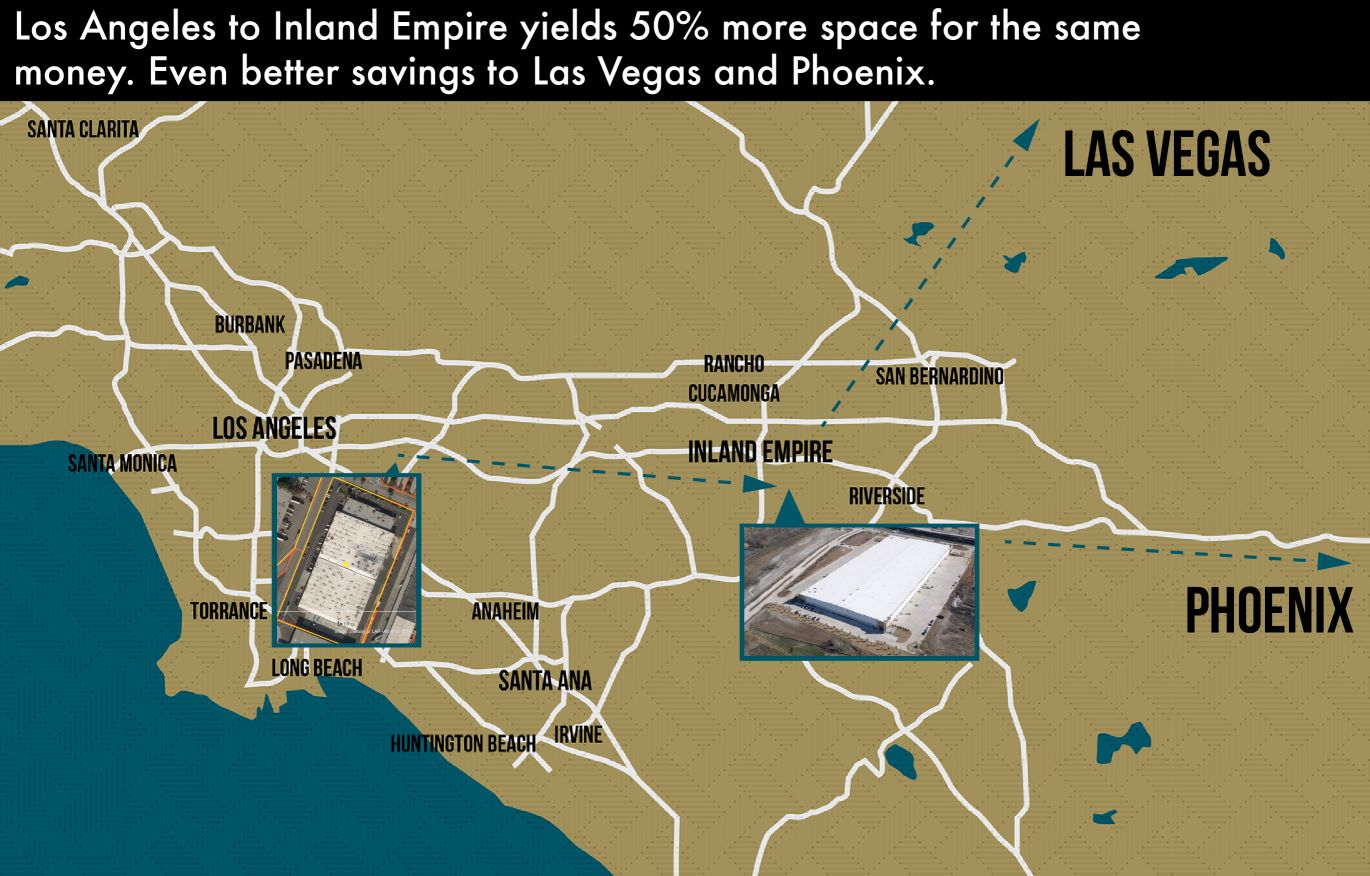 Pick-up-and-Move is one of the most common reasons for Occupiers to move. Top reasons include labor, regulation, and operational costs. For distributors, they can’t afford to leave the L.A. market, but they can serve the region by moving to newer buildings, out-of-town. As Occupiers grow, they move from a local distribution network to a regional one.  This example explains the growth of the Inland Empire and other hubs that serve Southern California.  The same dynamics occur in many other major industrial markets including Dallas, New York, and Chicago. From a real estate perspective, privately owned companies can reduce their costs, by trading their older infill building for a new one in greenfield development.  The high cost of infill buildings allows occupiers to make this trade to a new building and still earn a profit. Although pricing in the Inland Empire West will surprise on the high side.

View More Posts In Our Blog